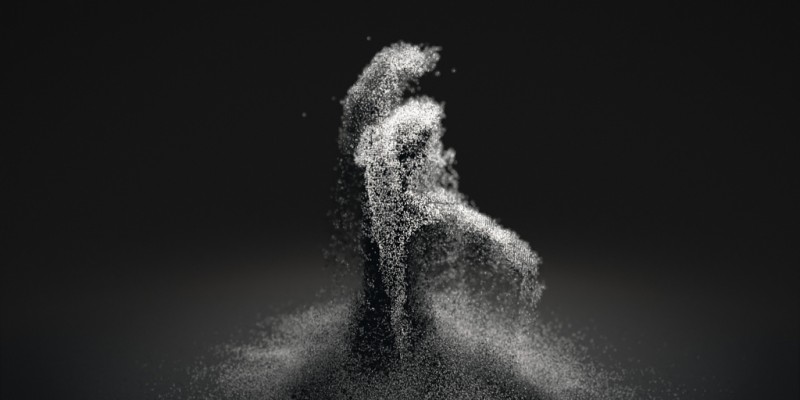 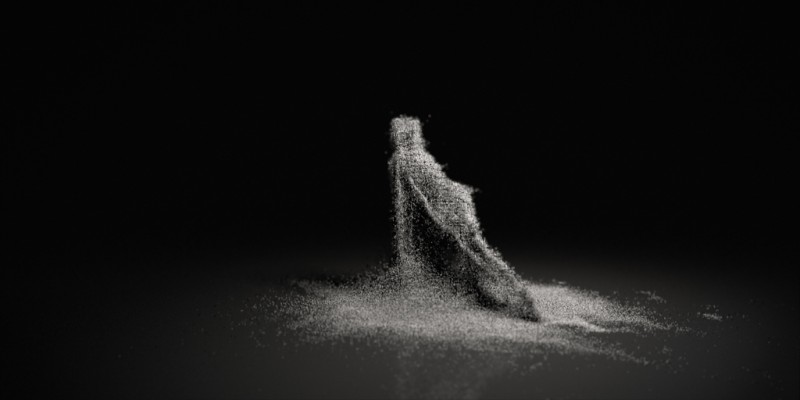 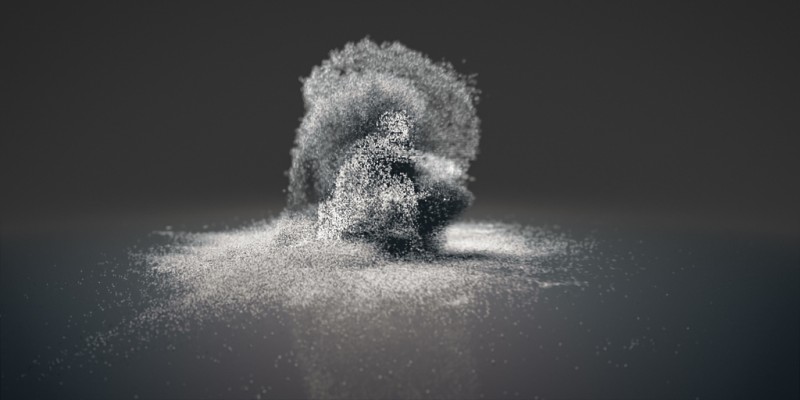 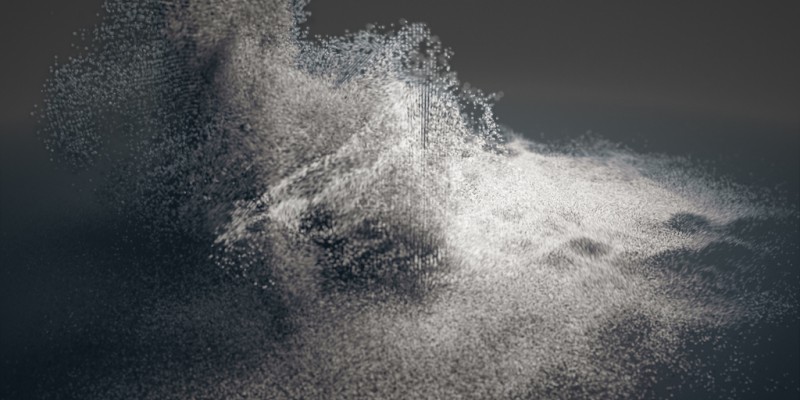 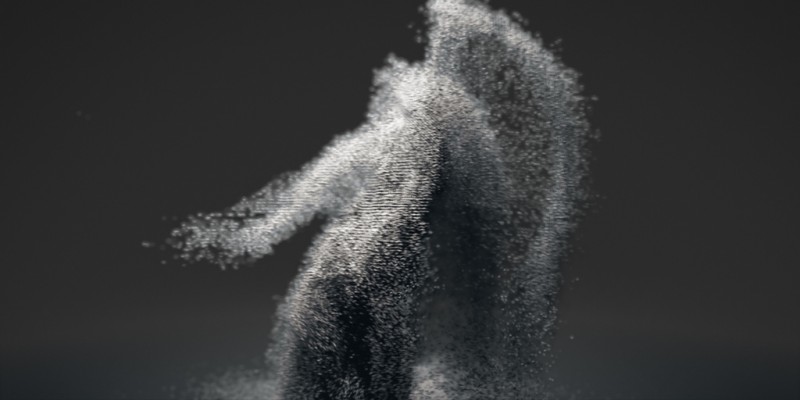 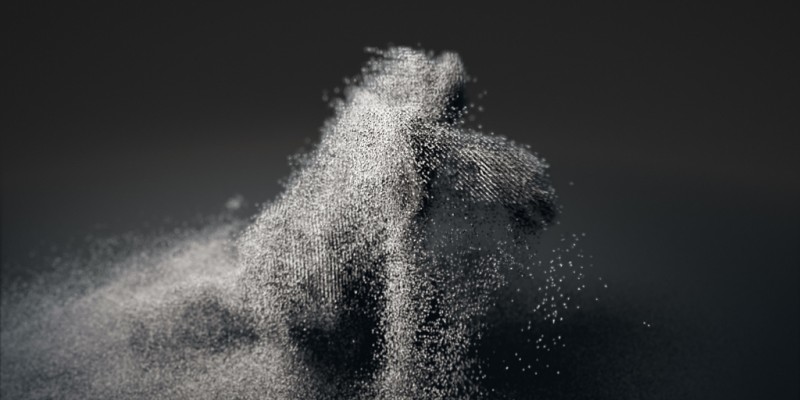 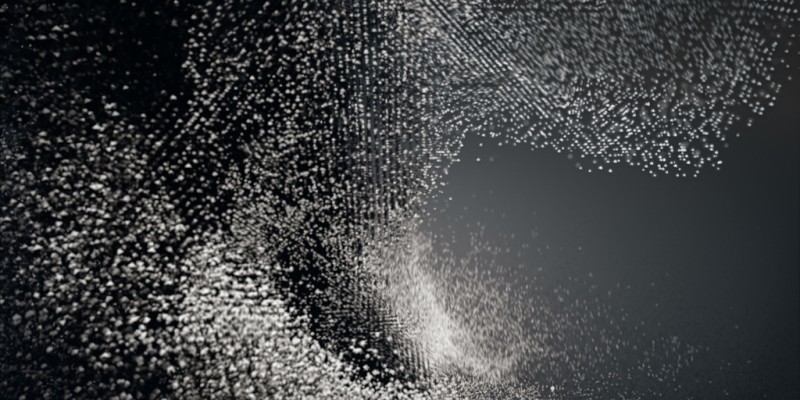 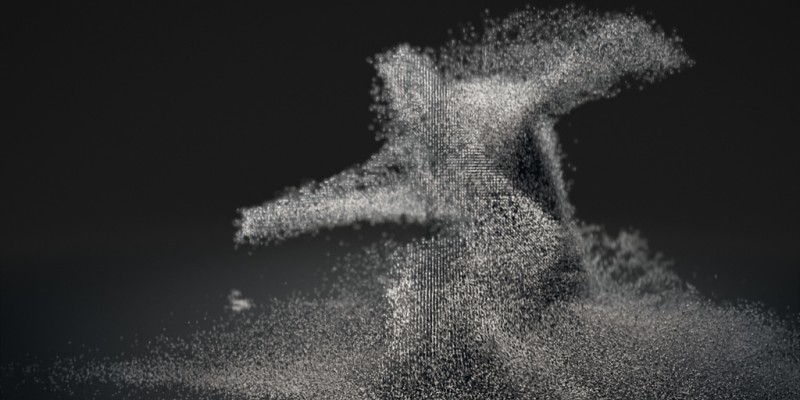 The three-dimensional image allowed us a completely free handling of the digital camera, without limitations of the perspective. The camera also reacts to the sound and supports the physical imitation of the musical piece by the performer. She moves to a noise field, where a simple modification of the random seed can consistently create new versions of the video, each offering a different composition of the recorded performance. The multi-dimensionality of the sound sculpture is already contained in every movement of the dancer, as the camera footage allows any imaginable perspective.

The body – constant and indefinite at the same time – “bursts” the space already with its mere physicality, creating a first distinction between the self and its environment. Only the body movements create a reference to the otherwise invisible space, much like the dots bounce on the ground to give it a physical dimension. Thus, the sound-dance constellation in the video does not only simulate a purely virtual space. The complex dynamics of the body movements is also strongly self-referential. With the complex quasi-static, inconsistent forms the body is “painting”, a new reality space emerges whose simulated aesthetics goes far beyond numerical codes.

Recorded at
Leap – Lab for Electronic Arts and Performance
http://www.leapknecht.de