Design made in
Germany 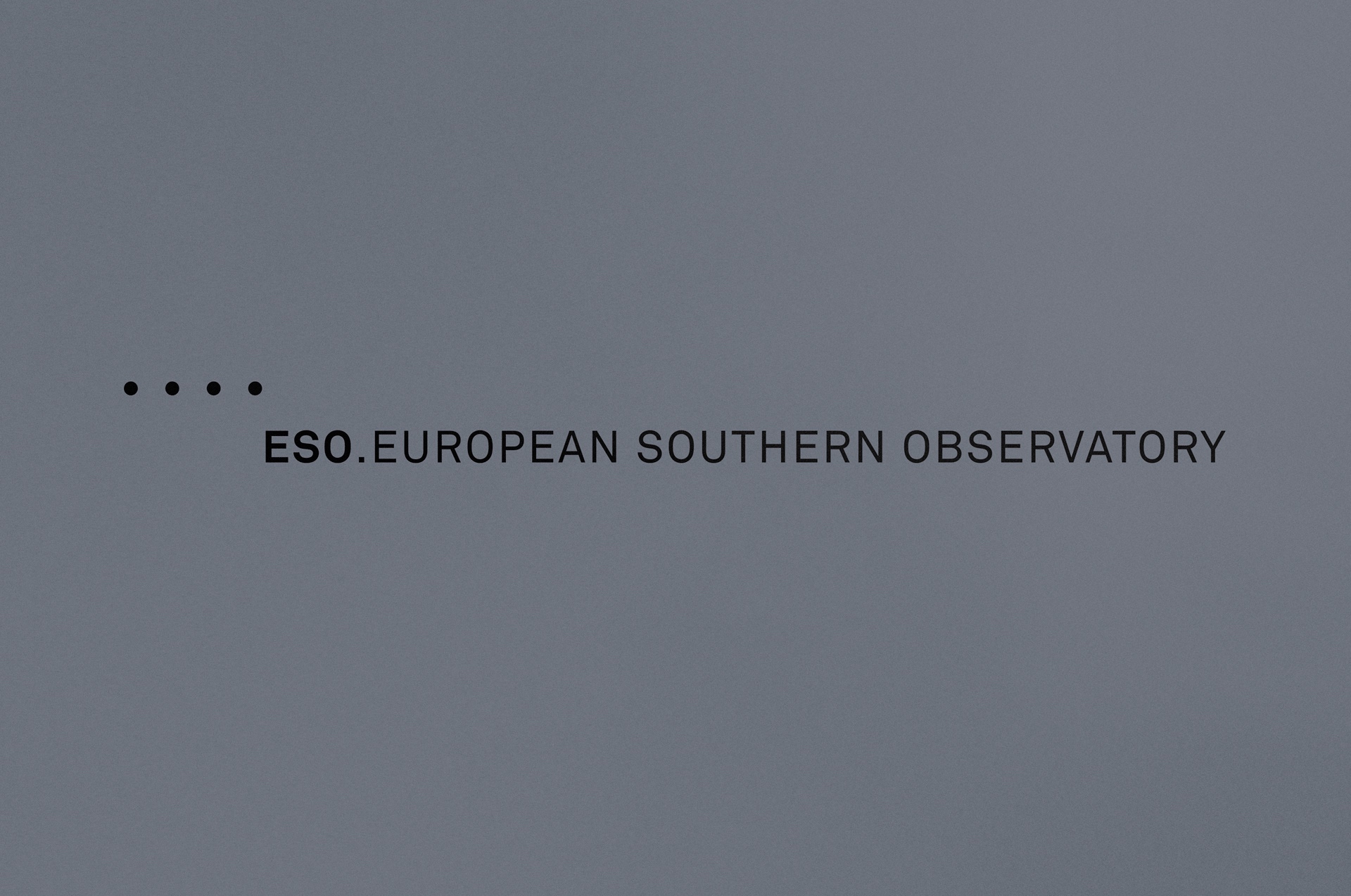 Shaping a functional but also experienceable corporate design with graphic, light and sound.

Eso is the foremost intergovernmental astronomy organization in Europe and the world’s most productive astronomical observatory. Eso provides state-of-the-art research facilities to astronomers.

Functionality
The foundation of the identity is formed of a solid and objective document appearance. Celebrating the aesthetics of technology and the typographical value of data.

Graphic
The vastness and strangeness of the space as well as the enormous calibre of the technology were the starting points for the graphical language of Eso.

Light
Only in complete darkness the endlessness and calm elegancy of the stars can be seen. Exactly the same applies to the corporate design, only at night its full appearance comes to light.

Sound
The world of Eso is silent. No sound waves can travel through space. But radio waves can and nearly every object in the universe emits them. Also the planets in our solar system. Sounds that were never heard before help to shape a vague image of our universe, but also to shape a certain understanding for the world of Eso. Plug in your headphones, sit down, listen and experience. To emphasize the technical aspect, the sound files were transferred on mp3-modules to provide an adequate setting for a hearing experience. 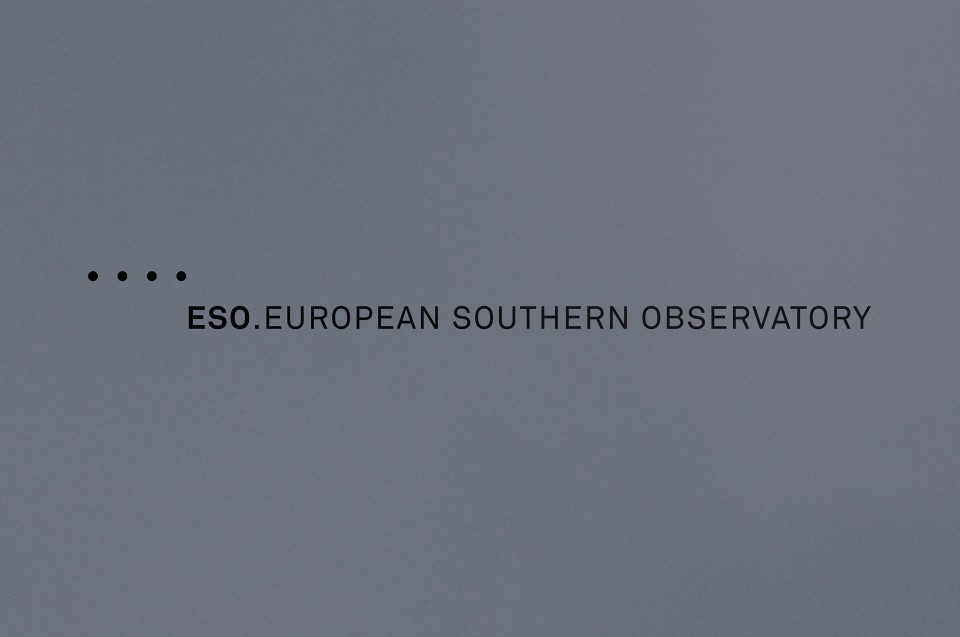 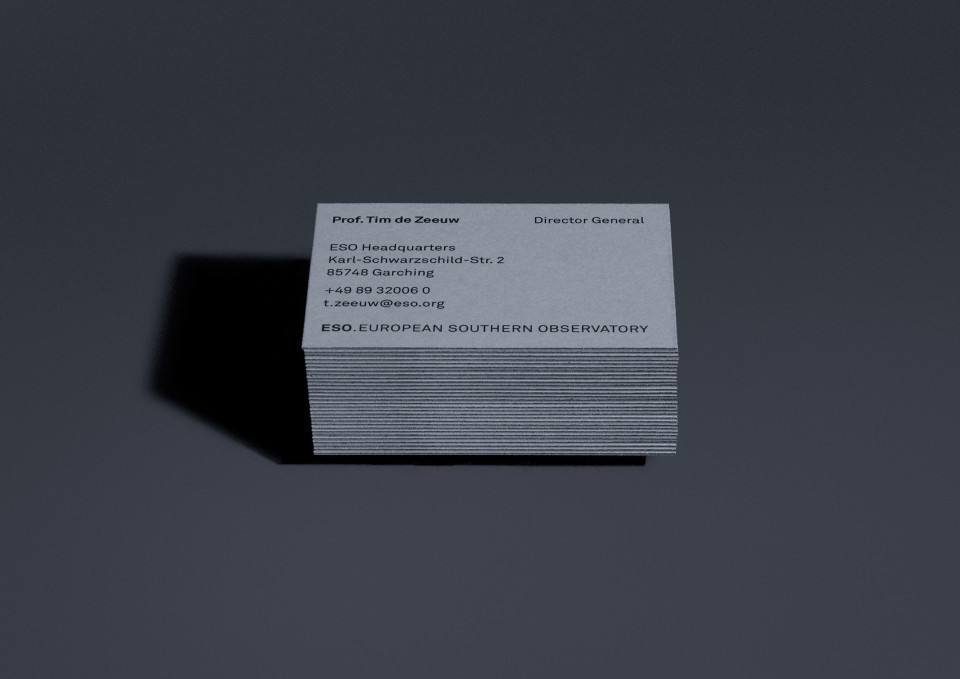 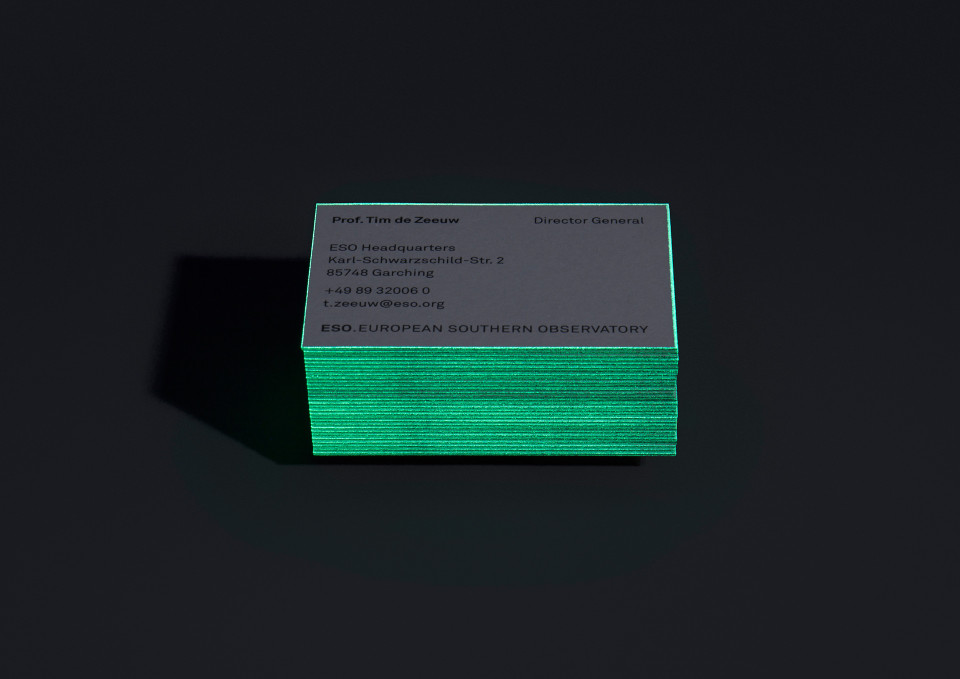 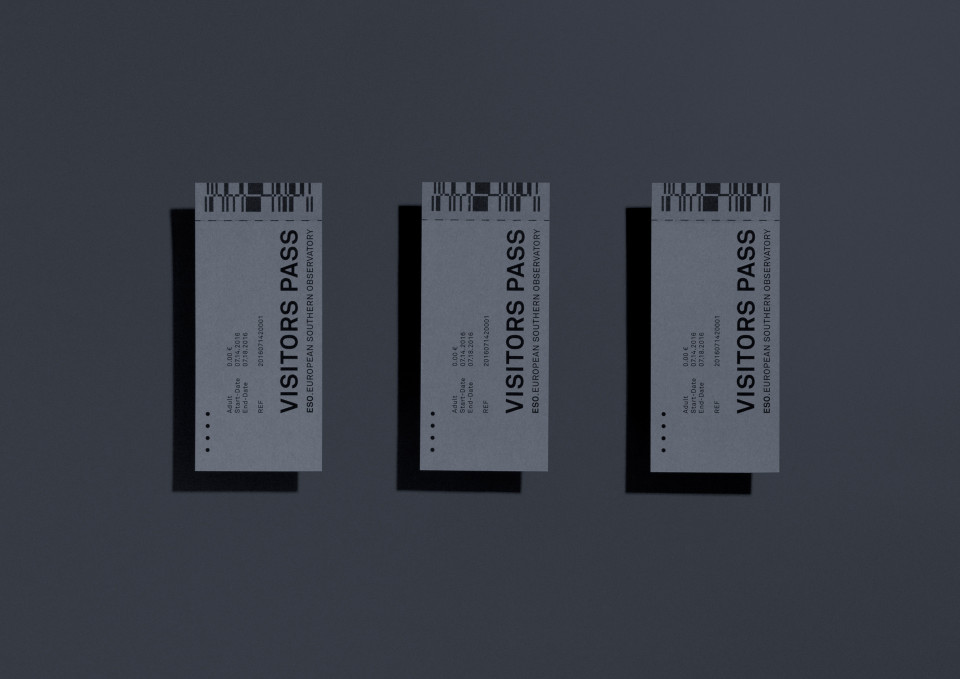 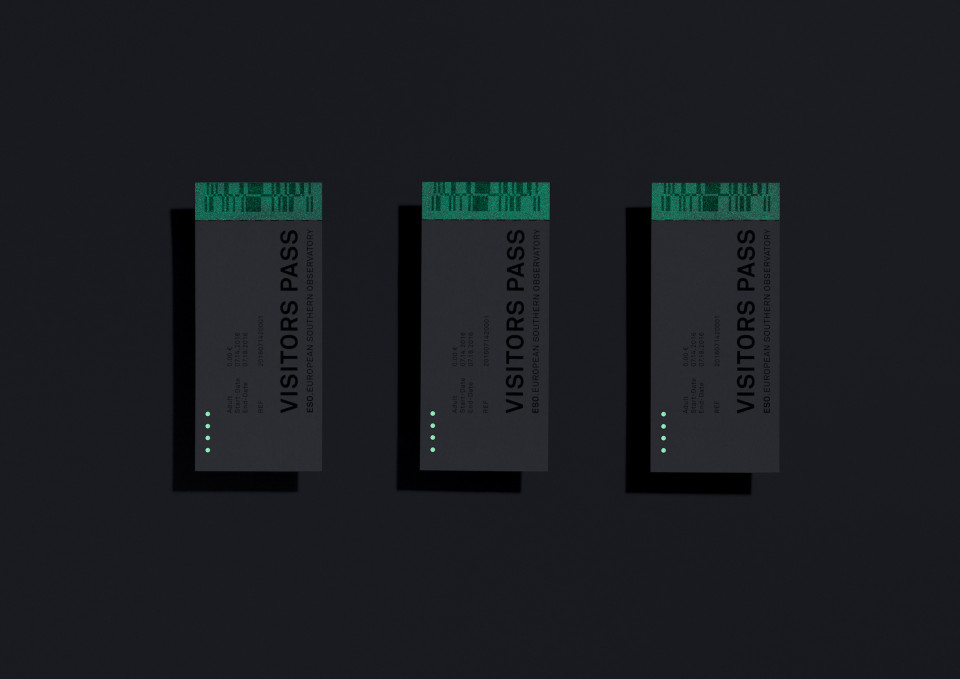 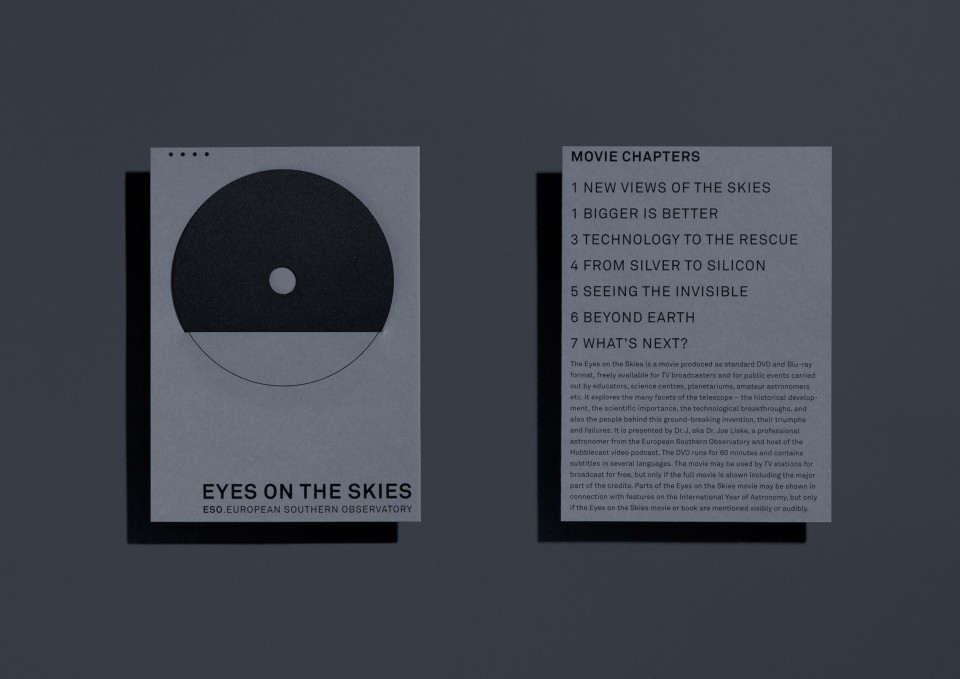 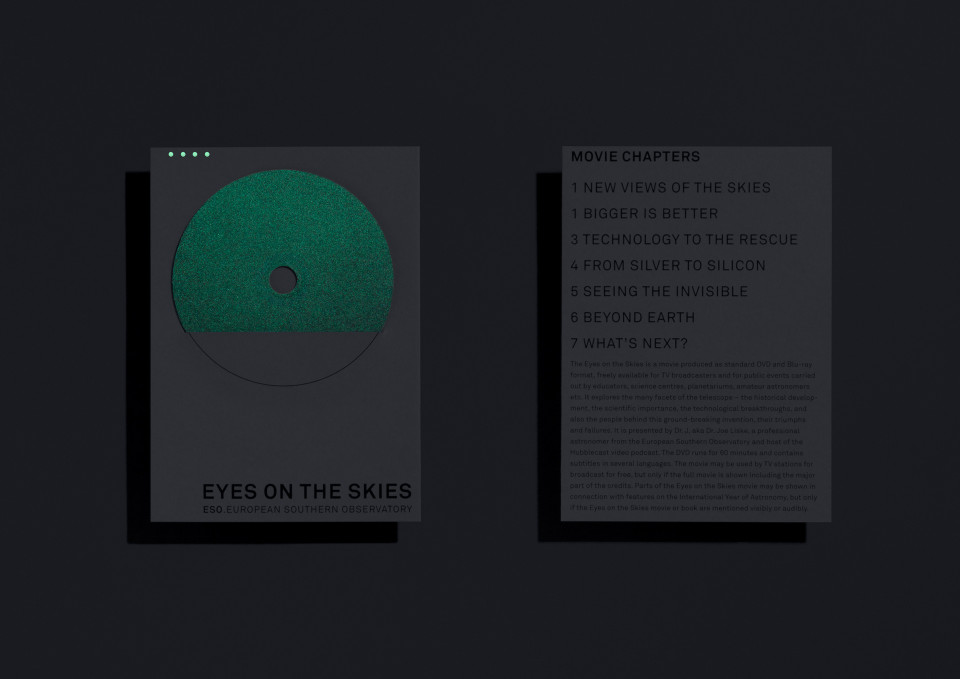 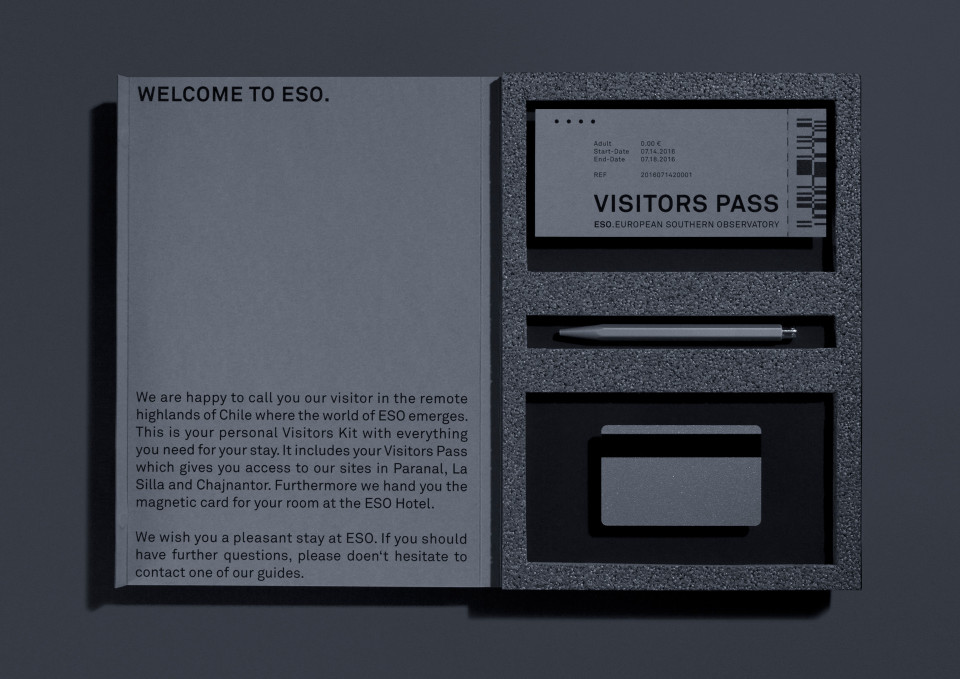 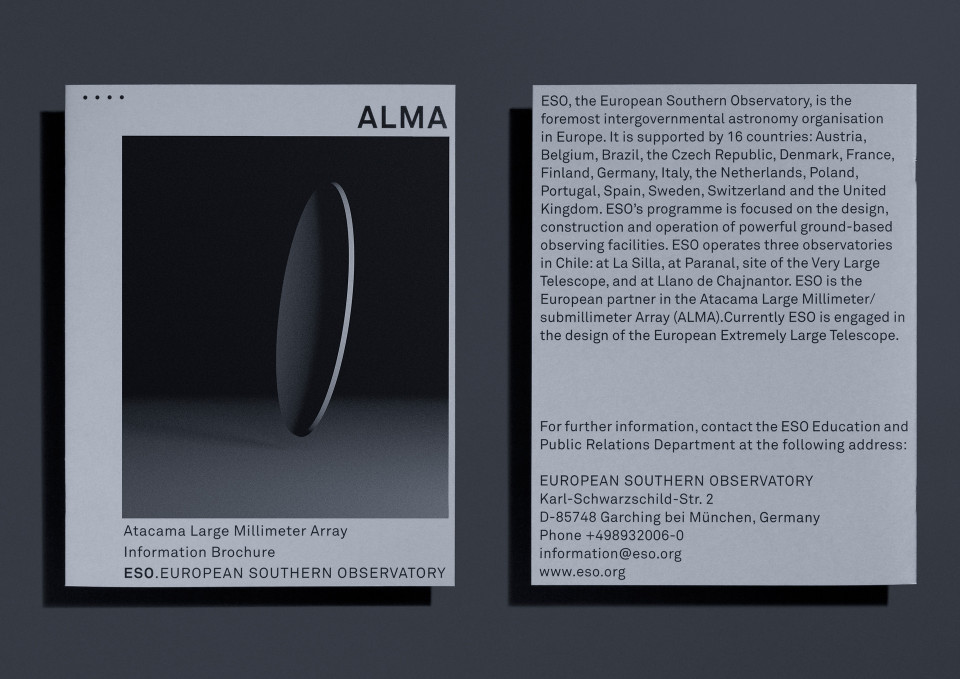 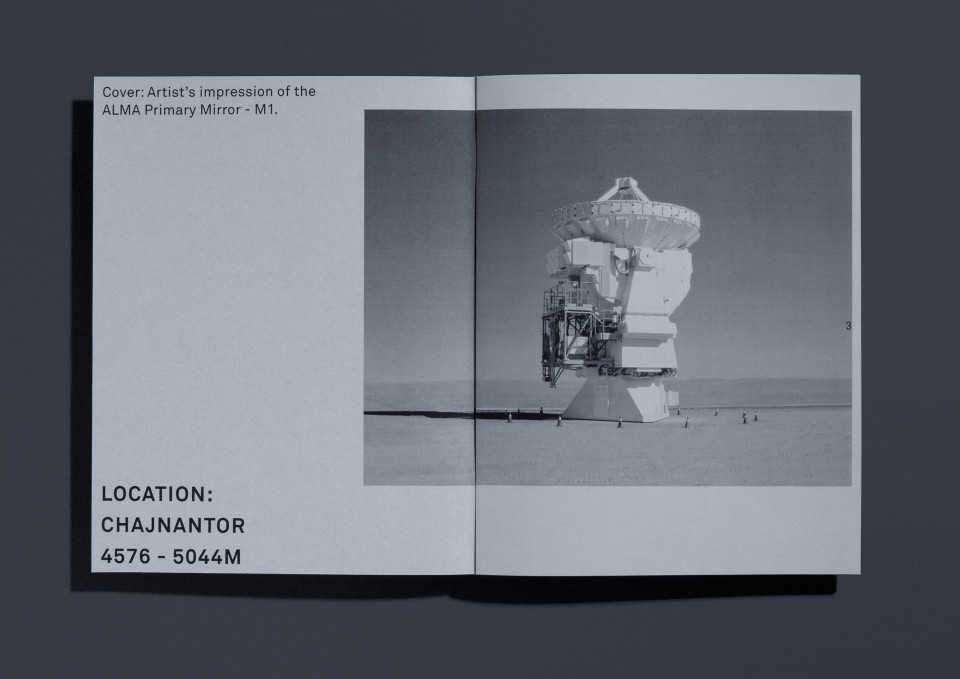 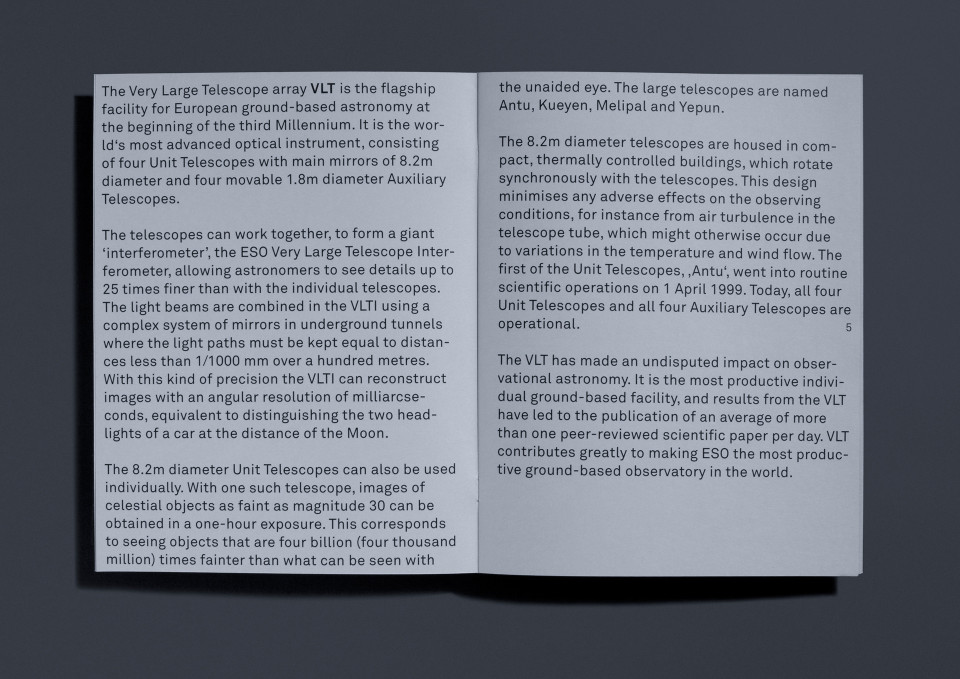 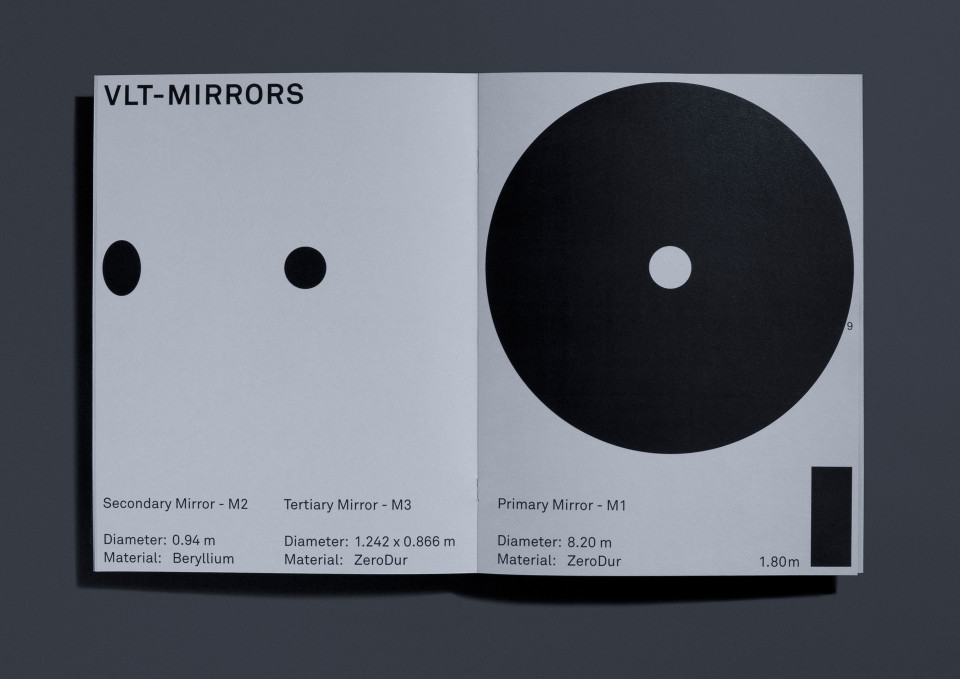 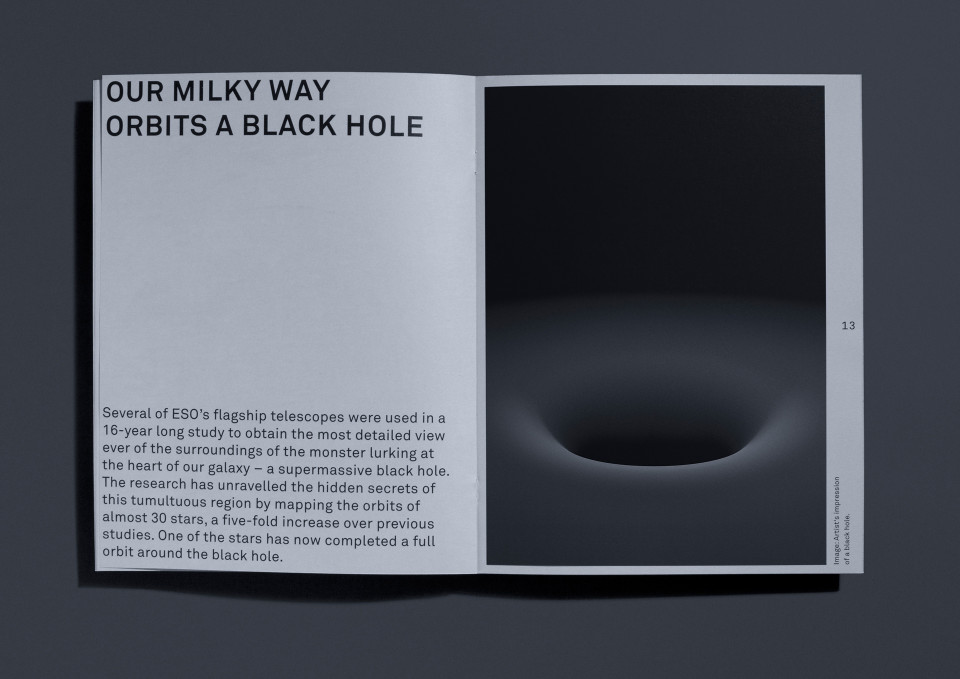 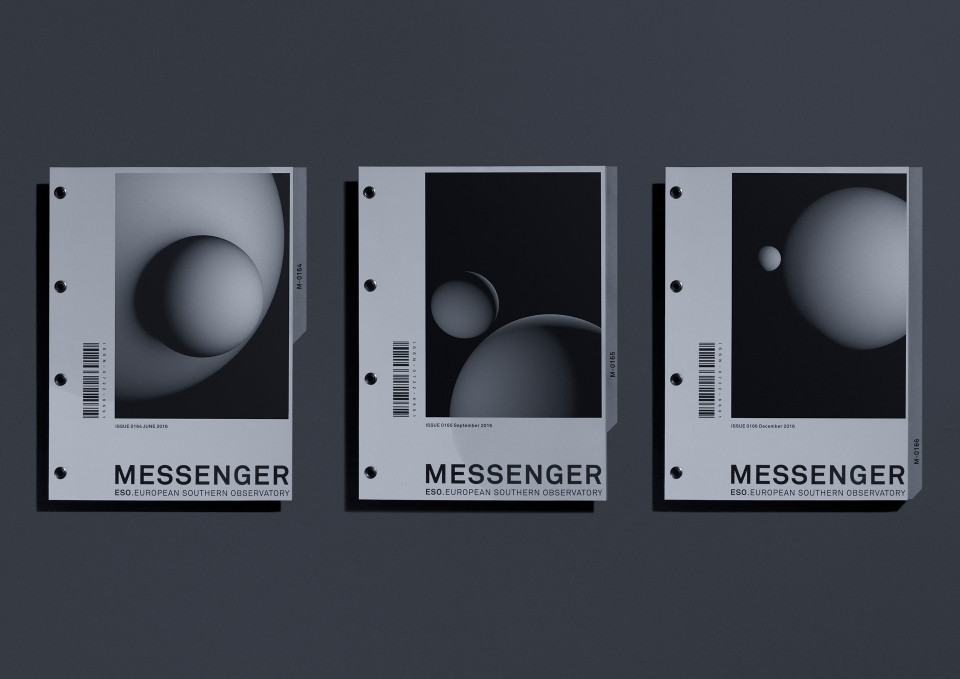 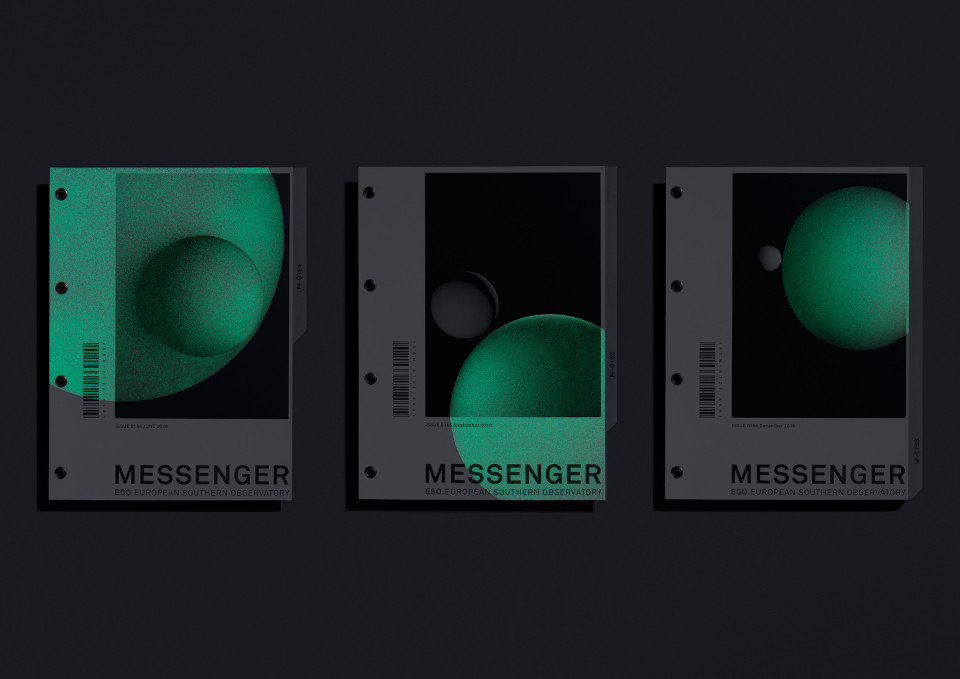 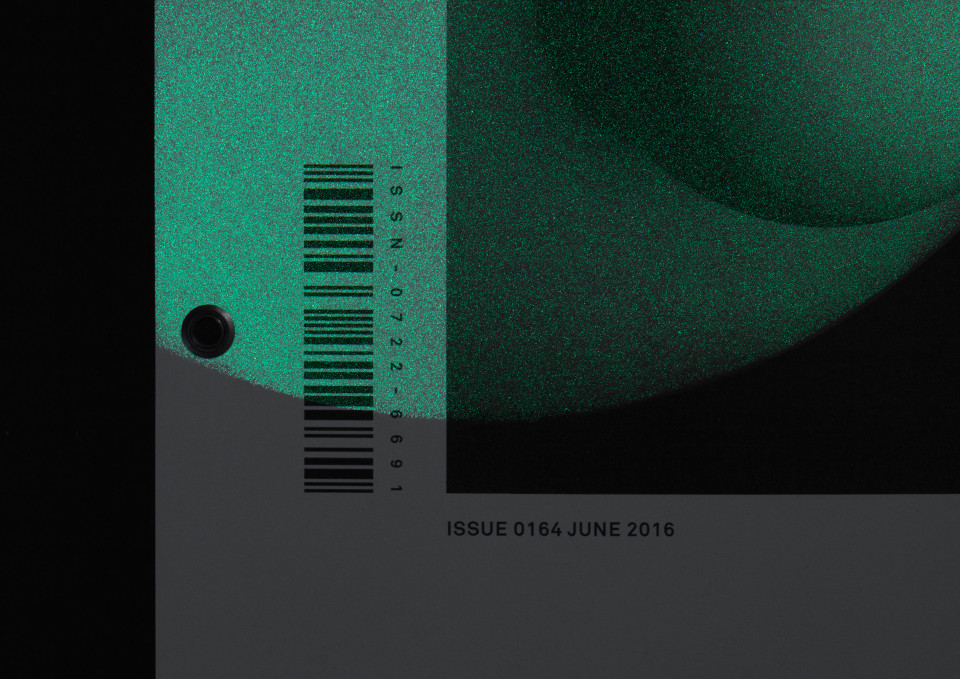 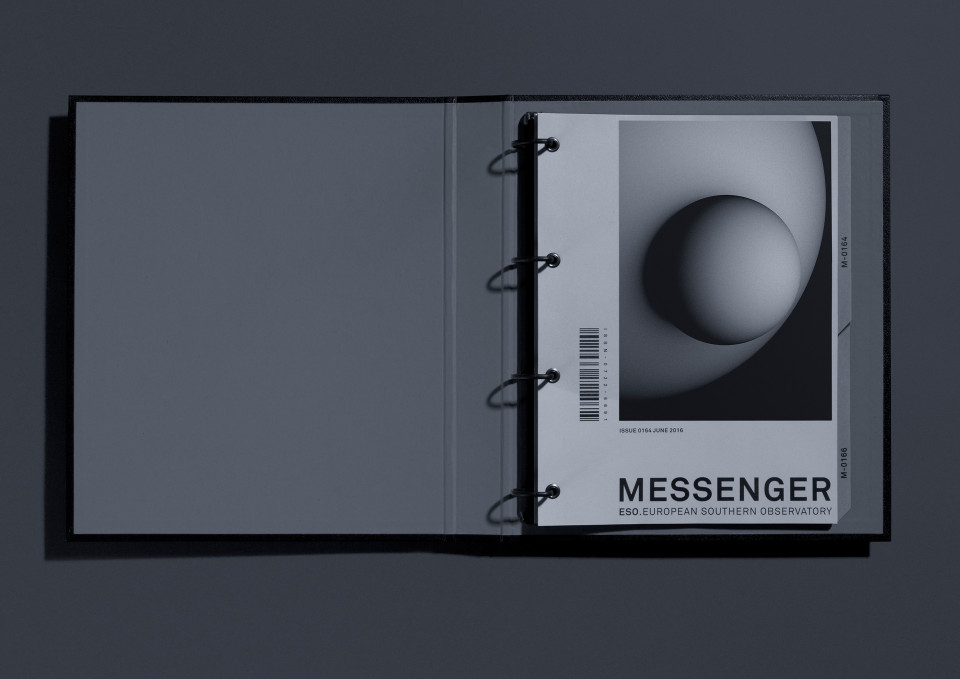 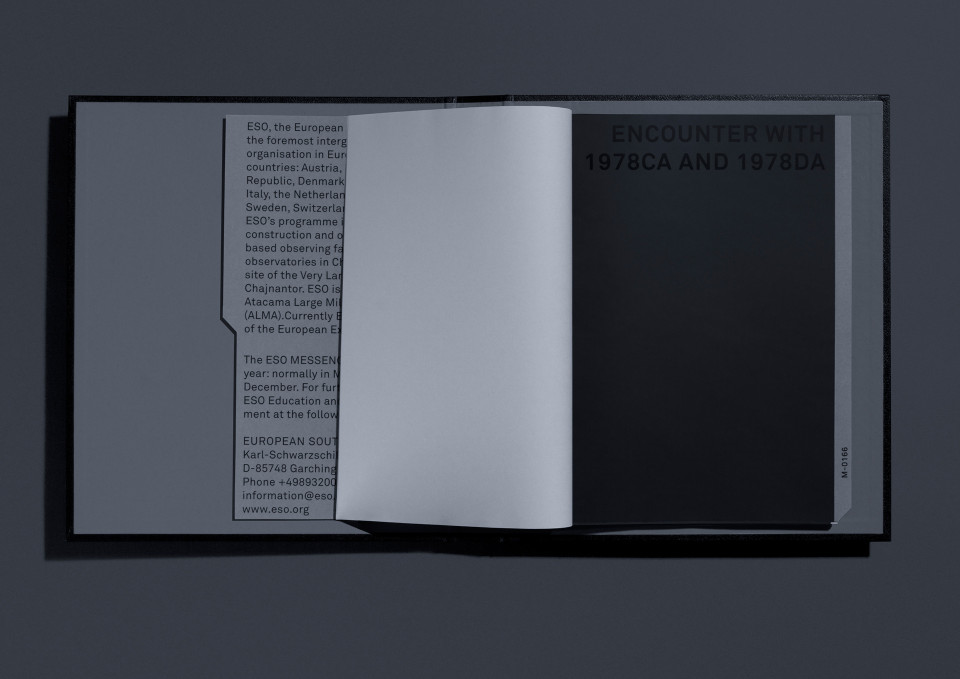 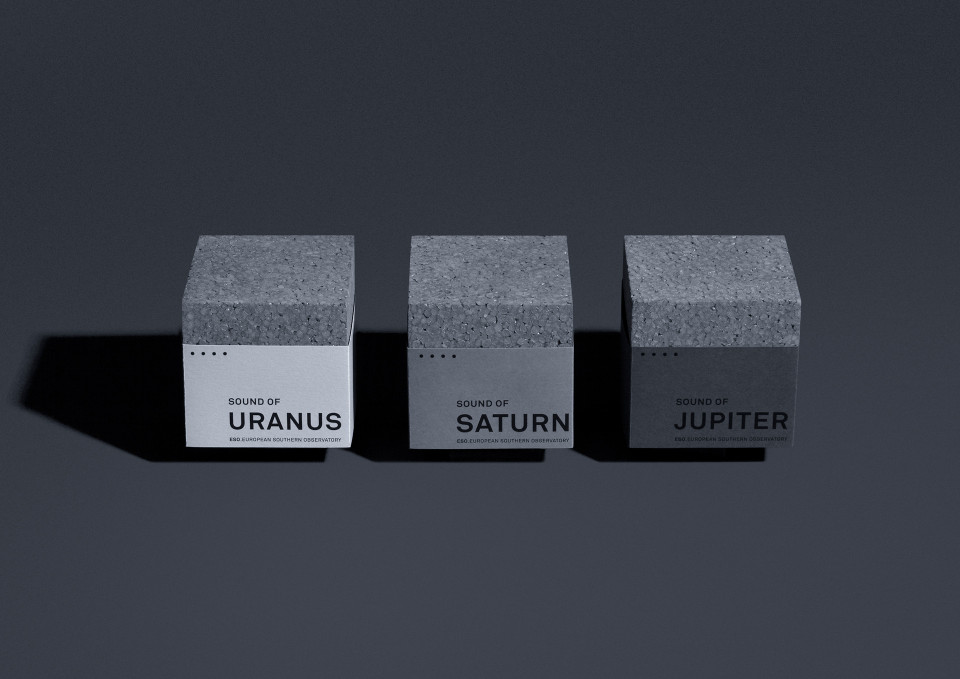 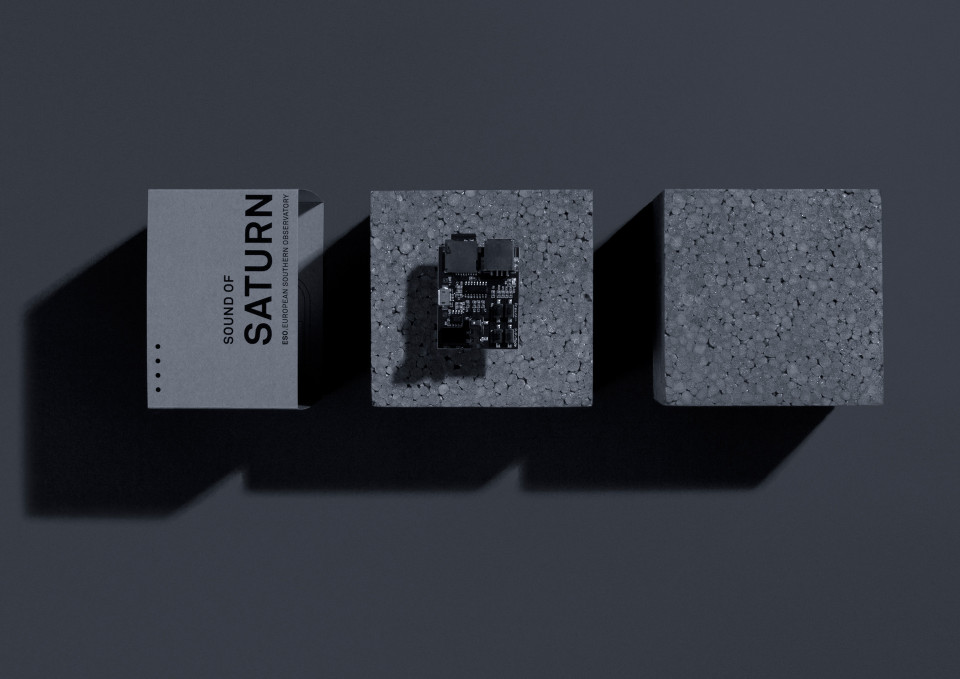 Ocio designed the Nest 45 brand for a new and prestigious real estate development in Berlin. The design base its core element on the abstraction ...