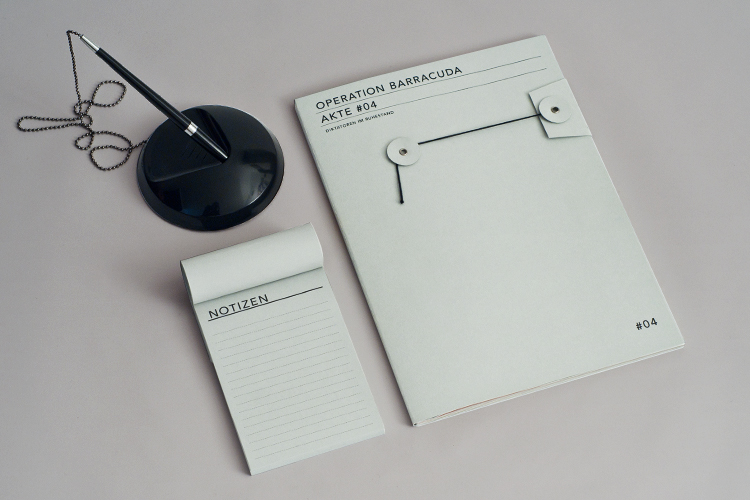 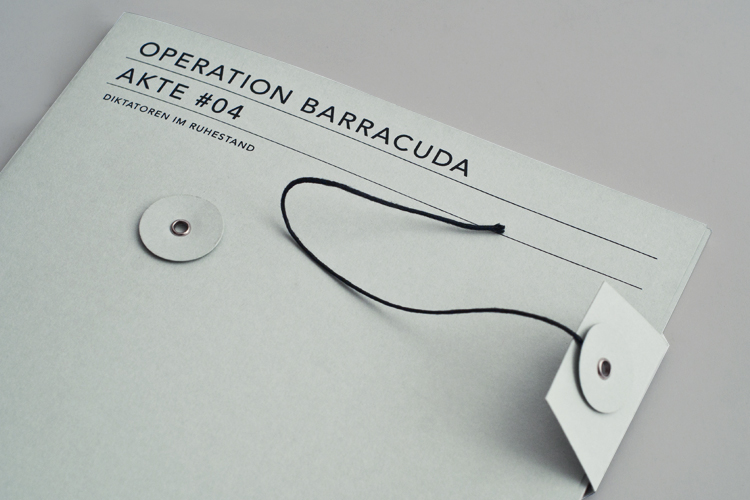 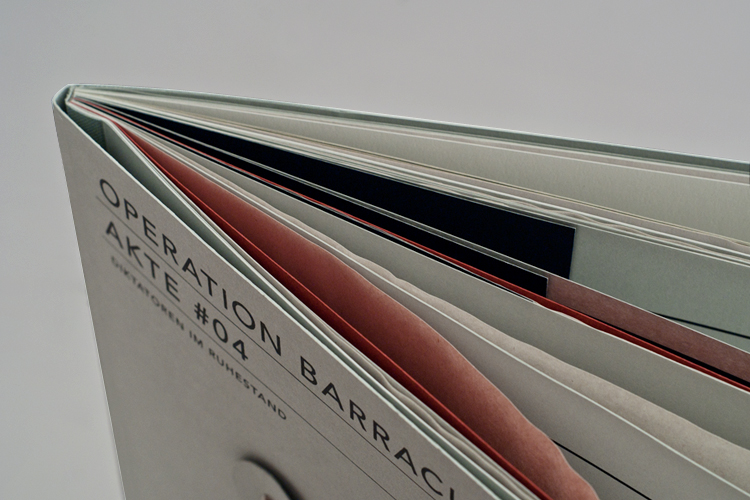 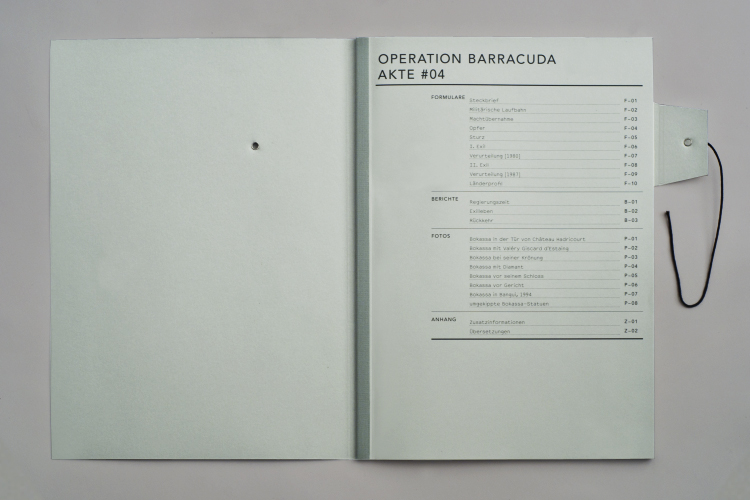 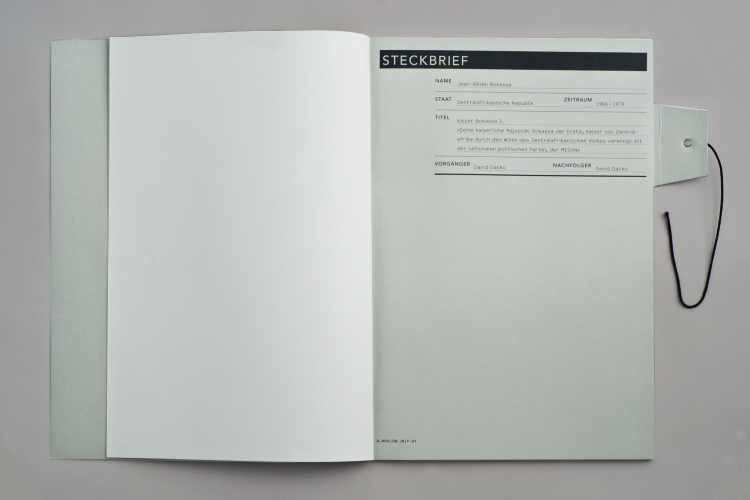 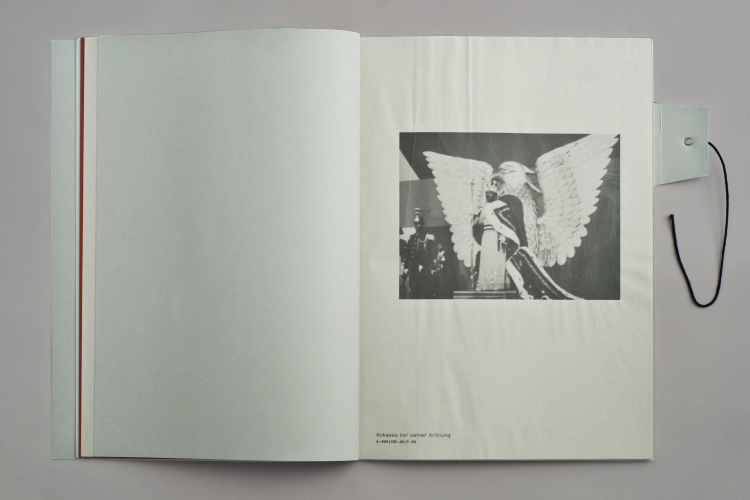 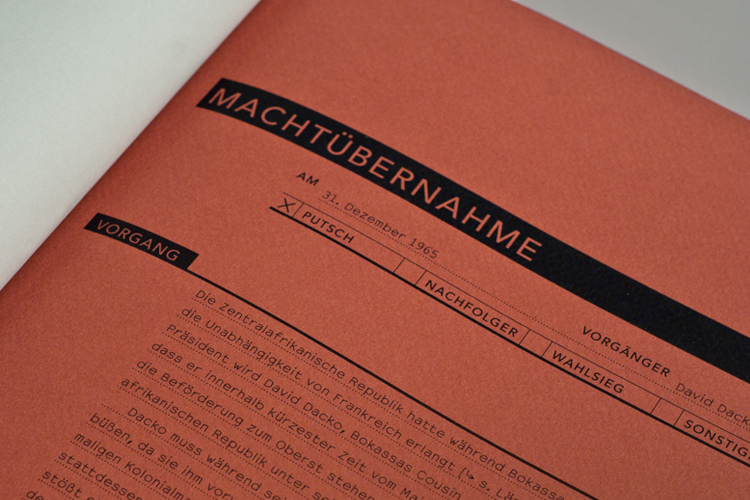 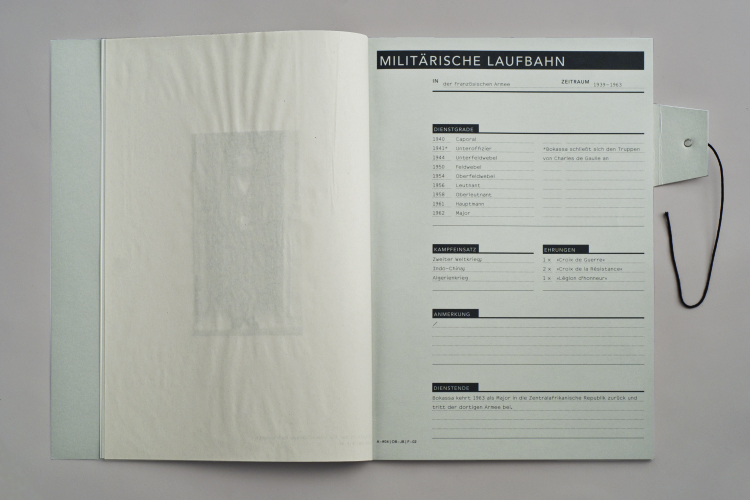 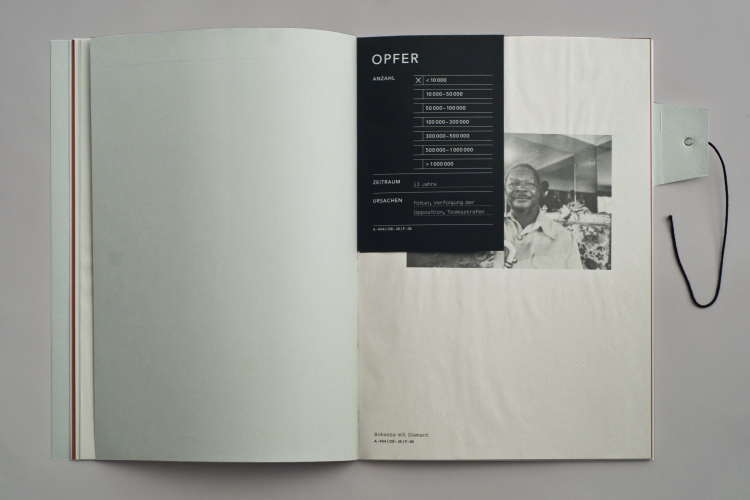 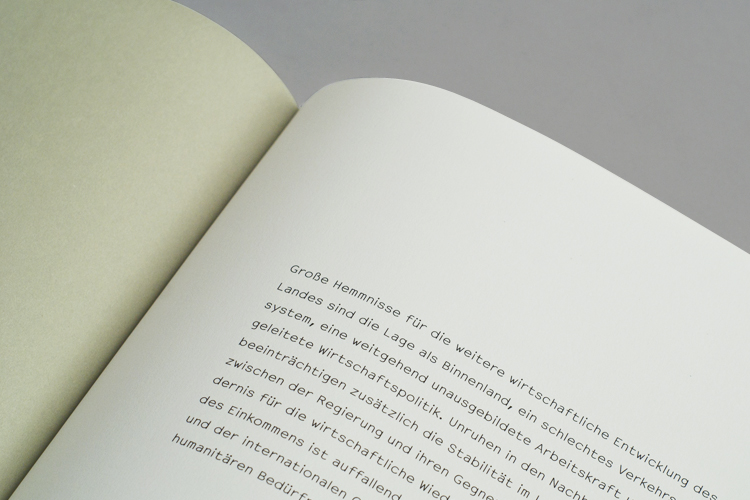 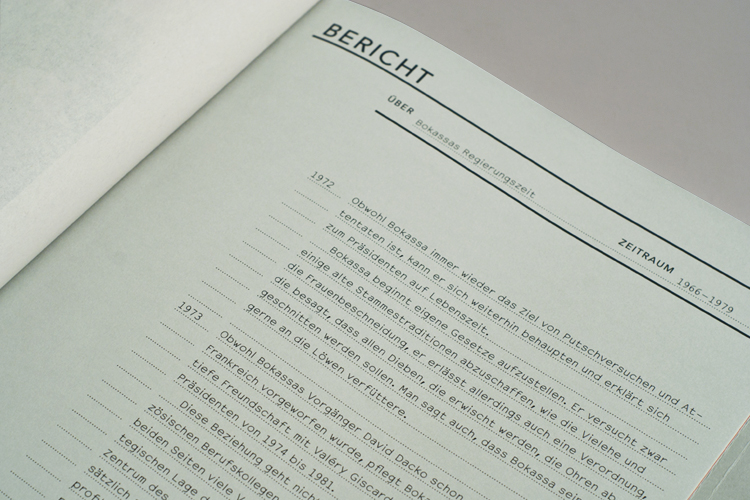 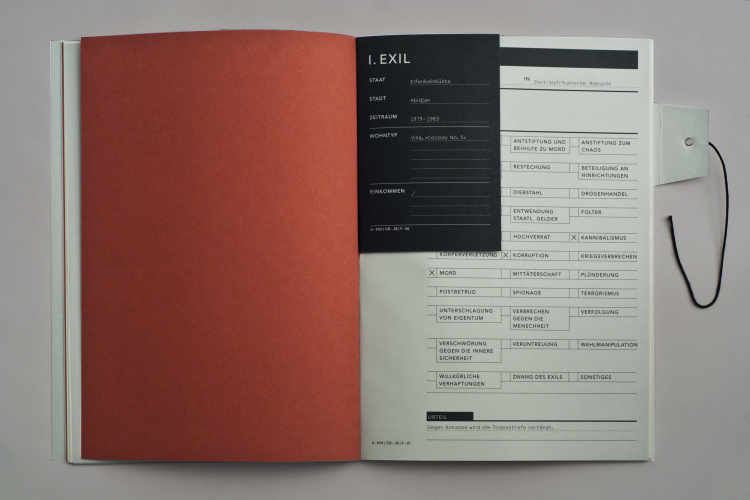 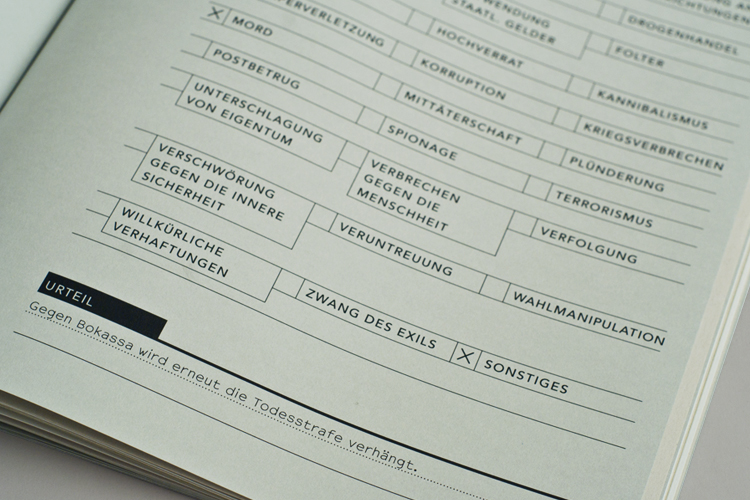 In my bachelor thesis “Diktatoren im Ruhestand” I dealt with despots who were ousted from their position as brutal country leaders but nonetheless lead a comfortable life in exile. I chose to present my findings in files as it is a tool which is/was often used in politics and dictatorships. The files’ content comprise the lives of the dictators in neutral and impersonal forms, following their careers from the beginning to its end. With this work I want to point out how much injustice and indifference was and is still applied when dealing with former despots.